After much sensitisation of stakeholders, visitor harassment in resort areas is said to be declining, an era longed-for by one of Jamaica’s most passionate tourism advocates Joe Issa. 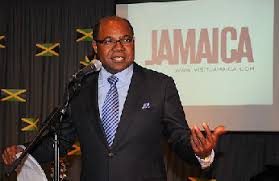 “I have always longed for the day when tourists can walk the streets especially in resort areas without being harassed, can drink coconut and talk to vendors, can enter our craft markets and boutiques, and can buy what they want when they want without being posted to open their wallets and purses.

“No one deserves to be harassed; it is a frightening experience even for us as locals let alone visitors. The downside of this is they may immediately return to the comfort of their hotel, and we would have lost on that spend. An even bigger problem is they may not return and discourage others from coming to Jamaica.

“Unlike any other business, tourism is our business, whether or not we participate in it and at whatever level because our collective responsibility – which is considered our most critical role – is to be friendly to our visitors, which proudly is largely the case.

“The few who try to spoil our tourism product – which is underpinned by our friendliness – must reconcile their critical role in the survival and expansion of tourism in Jamaica, on which so many people depend, including, quite likely, their relatives.

“But it is refreshing that the minister’s measures are working. He has initiated a sensitisation programme to include even judges, which I thought was a pretty good idea since they are the ones who hear cases of harassment in their courts and dispense justice,” said Issa, member of the St Ann Chamber of Commerce Past Presidents Advisory Committee.

Bartlett was cited saying that the positive outcomes are evidenced in Jamaica Tourist Board (JTB) visitor opinion surveys which show that 60 percent of the tourists visiting Jamaica recently were satisfied with their experience.

“Also noteworthy is the fact that 42 percent of our visitors are repeat guests. Our intention is for those numbers to be even higher as the visit should resonate so well with those who land on our soil, that they will unhesitatingly and consistently give us an A+ rating,” he was quoted as saying.

The anti-visitor harassment measures are enabling guests to move around more freely, which contributed to Jamaica being recently voted the number one Caribbean destination and among the top 20 globally, by the highly respected American travel and restaurant website company, TripAdvisor, Inc., a feat on which Issa commented recently.

These developments are welcomed news for the Administration, in light of industry stakeholders’ concerns that unless visitor harassment is decisively addressed, it could potentially erode brand Jamaica’s reputation as a highly sought-after destination of choice for tourists, and overshadow the sector’s record visitor arrivals and foreign exchange earnings, said JIS News.

It said while acknowledging the favourable outturns emanating from the interventions; sector interests also urge that these be sustained, and others introduced, to avoid the onset of complacency that could give rise to the resurgence in the prevalence of visitor harassment.

It is a point which Prime Minister Andrew Holness, reportedly emphasised while speaking with stakeholders during a recent tour of Falmouth, Trelawny.

“A guest who does not feel pressure is more likely to spend and interact. That guest is also more likely to come back with his or her family for a longer stay, which is a win-win (situation) for all of us,” he was quoted as arguing.

It cited him further emphasising the importance of training, noting that those who interact daily with visitors should be cognizant that “what we deem as normal” is not necessarily something that visitors are comfortable with.

Training and certification are being facilitated by the Government through the newly established Jamaica Centre of Tourism.

“It all boils down to the knowledge that the guest must at all times feel free to walk the streets without feeling pressured to buy anything. A happy guest will always be willing to spend and, most importantly, will go back and spread the good word (about their experience),” Holness was quoted as saying.